Weerts: Public Research Universities in a Fracturing Nation: Can a Social Covenant be Restored?

Even casual observers of American politics would conclude that in the last half century, our country has never been more polarized than it is today. In the world of higher education, political, demographic, and economic influences have fundamentally changed the relationship between public research universities and their states. In response, many leaders of APLU institutions have issued a call to restore the “social covenant” in higher education seeking renewed commitments from both the public and our universities. Such declarations invite us to step back and ask: What is meant by the term, “covenant?” Did such a covenant ever exist? If so, when did it fall apart, and how do we get it back? 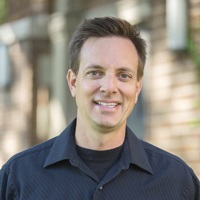 Historians and theologians suggest that the term covenant refers to independent entities committed to living in fidelity and support for one another. In the early republic, the Puritans lived out covenantal theology through constitutions in government and contracts in commerce. Paradoxically, such covenants were exclusionary and limited to white Europeans, calling into question the utility of “covenant” in explaining our collective American experience even through the mid-20th century. In light of these inconsistencies, leaders of land-grant universities often point to the Morrill Act as the covenant or “social compact” that expanded postsecondary opportunity and built the intellectual infrastructure for the nation. This revised view of covenant has largely been hailed as an American success story.

However, the success of our public and land-grant universities may have unwittingly unraveled relational elements inherent in traditional understandings of covenant. Innovations born of these institutions often elevate technical solutions to problems and inadvertently diminish the capacity of people to tackle problems that are inherently human. Furthermore, the freedoms that emerged in the 1960s shifted the earlier covenant ethic —albeit flawed— to one of social contract which emphasized rights-based individualism over mutual constitution. In this context, faculty and students pursued their independent visions of higher education as a public good. The mixed legacy of Clark Kerr’s “multiversity” is one of great freedom and technological progress on one hand, and growing incoherence and disconnection on the other.

Today, public engagement is often pursued as a strategy designed to mend this disconnection between higher education and society. However, engagement practices often retain contractual rather than covenantal elements which fuel rival views of higher education as a public good. We are often divided on these issues on our own campuses. For example, some public engagement leaders are criticized as neo-liberals who elevate engagement for revenue-generating and public relations purposes, while others are seen as activists promoting wealth transfer and cultural upheaval. Both views are contractual in that they are focused on acquisition rather than human connection, fidelity, and flourishing.

Where does this leave us at APLU institutions? I suggest that a “new covenant” between public research universities and society would be one that is truly covenantal vs. contractual. It requires institutions to pursue covenantal virtues that help heal a fractured nation, and in the process, may renew public confidence in higher education. Such virtues include compassion, commitment, humility, generosity, honesty, hope, and perseverance. After a bloody Civil War when the nation was torn apart, President Lincoln concluded his second inaugural address saying: “With malice toward none, with charity for all, let us strong to finish the work we are in, to bind up the nation’s wounds to care for him who shall have borne the battle, and for his widow and his orphan.” Calls from APLU leaders to establish a new century covenant are powerful if they carry Lincoln’s vision for healing a divided nation.

This blog is an excerpt from an article published by the Good Society entitled, “From covenant to contract: Changing conceptions of public research universities in American society.” Read the whole article at: https://www.jstor.org/stable/10.5325/goodsociety.25.2-3.0182.

David J. Weerts is associate professor and faculty director for academic planning and programs in the Office of Public Engagement at the University of Minnesota – Twin Cities.