Like many other large public institutions, the University of Memphis has too many students who drop out of school within a semester or two of graduation. These students, who are typically called stop-outs or near-completers, have a variety of reasons for not returning – ranging from a lack of funds to demanding work and family responsibilities. We frequently hear that “life just gets in the way.” These students often leave believing they will return the next semester, but the absence quickly turns into a few years and the first step to returning to school becomes harder and harder to make. 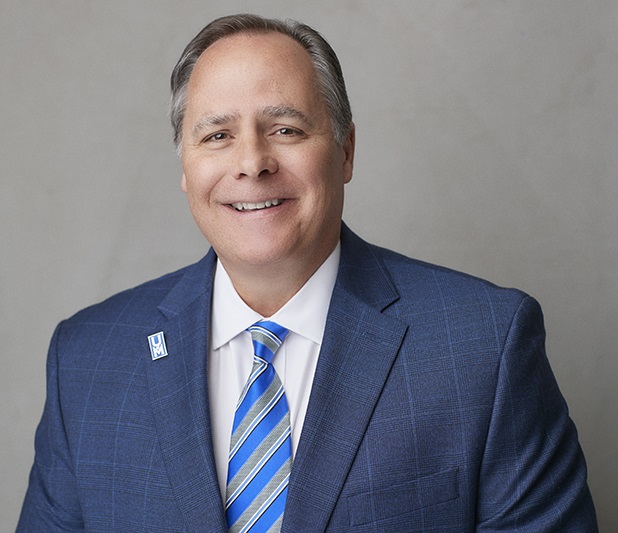 As our state funding formula shifted the focus from enrollment numbers to graduation numbers, we began to investigate the number of students who left so close to the end of the journey. What we found was appalling. Far too many of the students had left with less than 30 hours to complete their degree requirements and for many of them the only “credential” they had to show for their time in school was a student loan balance. This was not acceptable, and we could no longer stand by as it happened.

We initially attempted to re-engage this population with messaging such as “Experience Counts” in 2012, where prior learning activities such as job training or certifications were promoted as opportunities to earn academic credit. We also launched “Back on Track” in 2011, where academic advisors conducted thorough reviews of transcripts to evaluate curriculum changes or better degree completion options for the students. Even though the results of those efforts generated interest and enthusiasm for a short period, they failed to produce long-term effects in increased enrollment and graduation.

It was clear that the message needed to be re-calibrated; telling students what they already knew was not going to increase re-enrollment in this group. The students knew what courses they needed to complete and all of the challenges associated with that completion; these very challenges were likely the reasons why students had left the institution and not returned. Based on input from our financial aid office, the next initiative, later named the Finish Line Program, offered a message of hope to returning students beginning in the fall of 2013. We want you back, we want to reduce the barriers to your completion including financial concerns, and we will assign a completion concierge who will stay with you until you graduate. Finally, the right combination of efforts and messaging resonated with this student population. We finally got it all right!

The Finish Line Program specifically re-recruits students in good academic standing with 90 or more earned credit hours who stopped attending just shy of graduation. Academic advisors (also known as completion concierges) work closely with students to evaluate all previously earned credit toward the original major as well as any other degree pathways that might expedite the student’s graduation. Then advisors design a customized degree pathway that incorporates as many of the program’s innovative and low-cost degree completion strategies as possible. This includes Credit for Prior Learning (CLEP/DSST exams, institutional credit-by-exam, and experiential learning via portfolio evaluation) and the use of open educational resources that have been evaluated by our faculty for college level credit. Using an intrusive advising approach, the completion concierges serve as advocates for the students and coach them through to graduation.

Since the 2013 program launch, 493 students have graduated and fulfilled their goal of earning a bachelor’s degree – generating an additional 5,500 credit hours and almost $1 million in (lost) tuition and fees for the institution. Surprisingly, 47 graduates did not need any additional coursework to complete their degree due to curriculum changes or course/degree requirement substitutions that had not been previously considered, and 135 students only needed one course to graduate. The average enrollment lapse among the graduates has been three years, and the graduates have needed, on average, only eleven credit hours to finish their degrees. Due to the inventory of low-cost Credit for Prior Learning alternatives in the program, the average completion cost per student is just over $1,800 even though the tuition cost for one three-credit-hour class is approximately $1,200. In fact, 70 percent of the credit hours awarded to date has been generated through Credit for Prior Learning for a cost savings of over $1 million to the students and to the program’s scholarship fund.

And even though the savings are noteworthy, the true value of the program is the benefits it brings to our graduates, their families, and our community. Helping stop-out students cross the Finish Line is the right thing for us to be doing.
______
M. David Rudd is president of the University of Memphis.