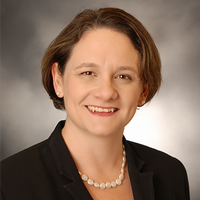 APLU named Debbie Altenburg Assistant Vice President for Research Advocacy and Policy. Altenburg started Monday and will work within both the Office of Congressional and Governmental Affairs and the Office of Research, Innovation, & STEM Policy. The dual appointment will help ensure integration and cohesiveness of APLU research advocacy and research policy work.

She previously served as Assistant Vice Chancellor for Federal Relations at the State University of New York (SUNY) System. At SUNY, the nation’s largest college and university system, Altenburg led the System’s engagement with Congress and the administration in support of its federal priorities including developing key relationships on the Hill and within research agencies and the White House.

Prior to joining SUNY, Altenburg was Director of Federal Relations for Rensselaer Polytechnic Institute (RPI) for more than 15 years. While at RPI, she served a term as president of the Science Coalition. Altenburg also worked for more than seven years in the House of Representatives for former Chair of the House Science Committee, Rep. Sherwood Boehlert, rising to the position of Legislative Director.